Dr. Pietro Spitali is an assistant professor in the DMD Genetic Therapy Group. He has been interested in Duchenne muscular dystrophy (DMD) since his first internship as laboratory technician in the laboratory headed by Dr. Alessandra Ferlini at the University of Ferrara (Italy) in 2003. He contributed to the development of antisense oligonucleotides mediated exon skipping for private mutations and to a better understanding of the transcriptional regulation of the DMD gene. After obtaining his PhD in Ferrara in 2010 he moved to the DMD genetic therapy group headed by Dr. Annemieke Aartsma-Rus at the Leiden University Medical Center in the Netherlands, first as post-doc researcher and since 2014 as assistant professor. His work focuses on the identification of –omic biomarkers in patients affected by muscular dystrophies and especially Duchenne. Pietro has authored 20 publications (8 as first or last author) and 1 book chapter. He has obtained research grant funding from amongst others Prinses Beatrix Spierfonds, Association française contre les myopathies (AFM) and Dutch Duchenne Parent Project. He was involved in the FP7 funded Bio-NMD project and currently participates in the NeurOmics project (www.rd-neuromics.eu). He coordinates an AFM funded consortium to identify these molecular signatures in body fluids. He also leads a research project to identify the cause of dystrophin transcript instability in DMD patients. He is a member of COST Action BM1207 (www.exonskipping.eu); he recently organized and coordinated a workshop for this Action on the harmonization of exon skipping quantification across laboratories. Pietro is an active reviewer for prestigious journals and funding agencies. 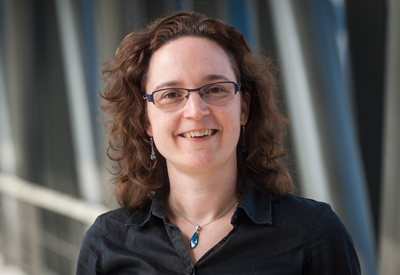 Prof. dr. Annemieke Aartsma-Rus is a professor at the Department of Human Genetics of the LUMC. She studied Biomedical Science at the Leiden University from 1995 to 2000. As a PhD student at the Human Genetics Department (LUMC) from 2000-2005, she focused on the development of antisense-mediated exon skipping therapy for Duchenne muscular dystrophy,  under supervision of Dr. Judith CT van Deutekom and Prof. Dr. Gert-Jan B van Ommen. She defended her Thesis “Development of an antisense-mediated exon skipping therapy for Duchenne muscular dystrophy – Making sense out of nonsense” on February 10th 2005. After obtaining her PhD she continued her work on the optimization of antisense-mediated exon skipping towards clinical application as a postdoc. Since Judith van Deutekom started working at Prosensa B.V. as of February 2007, Annemieke took over as project leader of the DMD Genetic Therapy group. First as assistant professor and currently as professor of Translational Genetics at the Department of Human Genetics. Since 2013 she has a visiting professorship at the Institute of Genetic Medicine of Newcastle University (UK). In 2014 she was selected as the second most influential scientist in Duchenne muscular dystrophy in the past 10 years (2005-2014) by Expertscape based on contributions to the understanding and treatment of Duchenne muscular dystrophy.